Humility for leaders is not enough 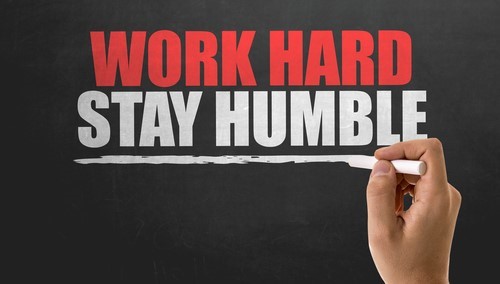 “Egos drive people in every occupation.”[i] But when humility is absent, leaders lose the ability to listen and focus on what is important.

In his research comparing ‘good to great’ companies, with companies that failed to make the leap from good to great, he presents attributes of leadership that were distinctive in those that made the transition.[iii] One of those attributes he describes as Level 5 Leadership.

Collins holds it up against the popular practice of appointing ‘celebrity’ leaders who are quick to point to their messianic endeavors in building successful organizations and turning them around.

Level 5 leadership is a blend of humility and drive in leaders, and the “incurable need to produce results” if their organizations are to become great and enduring.[iv] The Leadership Capacity Program™ alludes to this in building resilient character—one of its 5 leadership anchors—representing the notion that character sits at the heart of a leader or organization being resilient no matter the challenges faced.

However, while the research is clear that humility cannot be a substitute for leadership competencies, neither can a leader’s competencies compensate for the absence of humility. They need to co-exist!

Collins points to numerous examples of how many good companies failed to reach greatness simply because Level 5 leadership did not exist.

In more than 75 percent of the comparison companies, executives set their successors up to fail.[v] They wanted to believe that the organization would not have achieved the level of success it did without them at the helm, and neither would it be possible for them to maintain that success into the future without them.

In a culture that thrives on competition and strongly motivated by the pursuit of achievement, along with the accumulation of wealth and status as symbols of its success, Collins affirms the need for leaders to demonstrate “compelling modesty” –

In contrast to the very I-centric style of the comparison leaders, we were struck by how the good-to-great leaders didn’t talk about themselves. During interviews with the good-to-great leaders, they’d talk about the company and the contributions of other executives as long as we’d like but would deflect discussion about their own contributions…it wasn’t just false modesty.[vi]

Level 5 leadership is a unique blend of humility and drive that gets sustainable results, helping an organization become enduring.  Reflect on the following –

Humility without the drive for results will end in disappointment; the inverse is also true.

[ii] Jim Collins, How the Mighty Fall and Why Some Companies Never Give In (New York: HarperCollins, 2009).

What do leaders do when their values are in conflict with the organizations they lead?

While 95 percent of the eighty Board Chairs, CEOs, executives and senior leaders who responded to LCP's...

The failure of success

When working as an executive in the U.S, I experienced the early, unsettling days of the Global Financial C...

What powers your growth and profit?

What powers your growth and profit? Book Review GROW: How Ideals Power Growth and Profit at the ...